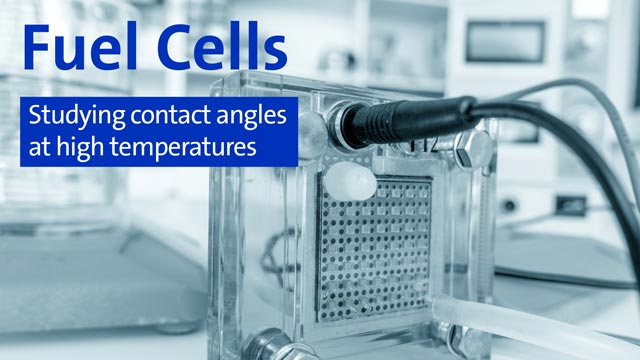 Fuel cells are an emerging technology allowing the conversion of chemical energy into electrical energy through for example the redox reaction of hydrogen with oxygen to form water. During the redox reaction the hydrogen atoms transfer their electron to the anode. The electrons are conducted to the cathode. The resulting electric current can be used to power electric devices like e.g. an electric car motor.

At the cathode the electrons ionise the oxygen atoms. The hydrogen ions migrate through an electrolyte and recombine with the ionised oxygen to form water. The electrolyte plays a key role in this process for which different systems were studied such as potassium hydroxide, salt carbonates, and phosphoric acid which can be embedded in polymeric matrices. 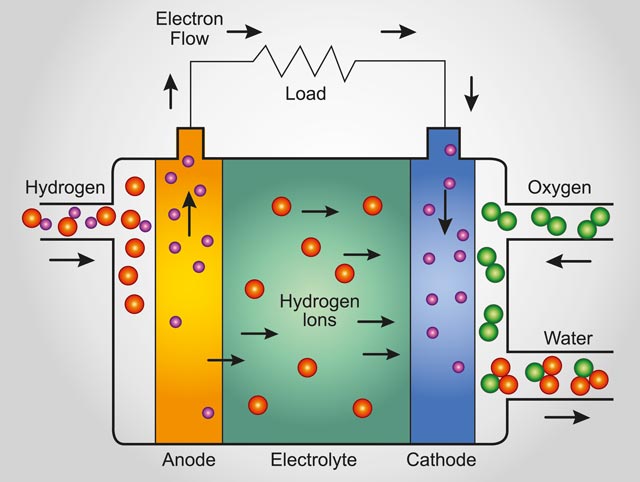 One of the most promising types of fuel cells that could be used as power sources for cars and houses are polymer electrolyte fuel cells possessing a high energy conversion efficiency. Especially, high temperature polymer electrolyte fuel cells (HT-PEFC) are gaining increased attention due to several advantages compared to systems that work at lower temperature: high efficiency, avoiding cooling system, reduced CO poisoning of the platinum electrodes, and improved reactivity.

Protic liquids such as phosphoric acid work as the proton conduction medium in these systems. The major drawback however is the leaching of phosphoric acid within the membrane electrode assembly leading to an inhomogeneous distribution and a deterioration of the HT-PEFC during long-term operation.

In order to understand how the phosphoric acid is affecting the battery interior a deeper understanding of its wetting on the fuel cell materials at the process temperatures is required. Few studies focus on the wetting behaviours of phosphoric acid in HT-PEFCs. Halter et al. have recently studied the wetting mechanisms and found that phosphoric acid concentration and the temperature both play a role in the wetting behaviour of HT-PEFC. To this end, contact angle measurements were done on two different surfaces: polytetrafluoroethylene (PTFE) and highly oriented pyrolytic graphite (HOPG).

The contact angles of 85 wt% phosphoric acid (under N2 atmosphere) vs. water at room temperature (in air) on polytetrafluoroethylene (PTFE) and highly oriented pyrolytic graphite (HOPG) at various temperatures, respectively

Hence, a strict control of the temperature is required which can be realised in special temperature chambers that are mounted on the contact angle measuring system. Different chambers allow a precise temperature control over a broad range from -30 °C to 700 °C. All chambers possess gas inlets to work under the desired atmosphere.

In summary the authors closely studied the effects of temperature and phosphoric acid concentration on the wetting behaviour of typical materials in high temperature polymer electrolyte fuel cells (HT-PEFC) at up to 160 °C. They found a non-wetting character of the phosphoric acid towards PTFE and a spontaneous wetting on HOPG which provides a good understanding to control the wetting behaviour of HT-PEFC and guides the development of porous materials within HT-PEFC in the future.

An optical contact angle measuring and contour analysis system OCA 25 with electrical temperature control unit TEC 400 was used in this research. For more information please refer to the original publication: